"Not only did we finish on time but we finished on budget. The NEVER happens."

With over a decade of experience building and renovating hundreds of homes across the Valley, we have the knowledge and skills necessary to seamlessly bring your project to fruition. 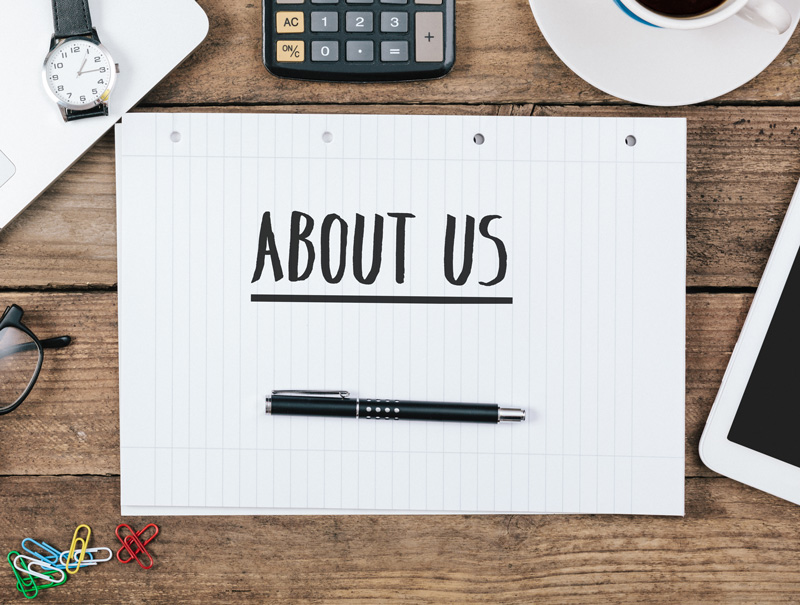 We strive to go above the industry standard and provide our clients with superior service and unparalleled craftsmanship. We are constantly educating ourselves regarding new technologies, methods, materials and design trends to ensure that we are always putting our best foot forward for our clients.

We work closely with our design and engineering teams to ensure that your home will stand the test of time, paying equal attention to both aesthetics and finish quality as well as structural integrity and efficiency.

We also make every effort to incorporate efficient and sustainable elements into our projects adding value to our clients’ homes by decreasing the costs associated with homeownership. We don’t feel that building “green” is a novel concept but rather that it’s a practice that every builder should adhere to for the sake of their clients as well as future generations to come.

One of our greatest assets is the fact that we love what we do. We surround ourselves with other knowledgeable professionals that share our love of construction. There aren’t too many examples left in the world where hundreds of people can come together and – using their hands and minds – build spaces in which people live, love, grow and make memories. It truly is a thing of beauty to be a part of so many people’s lives in such a special way.

We welcome the opportunity to earn your trust and to build a space for you and your family to grow into and fill with your own fond memories. 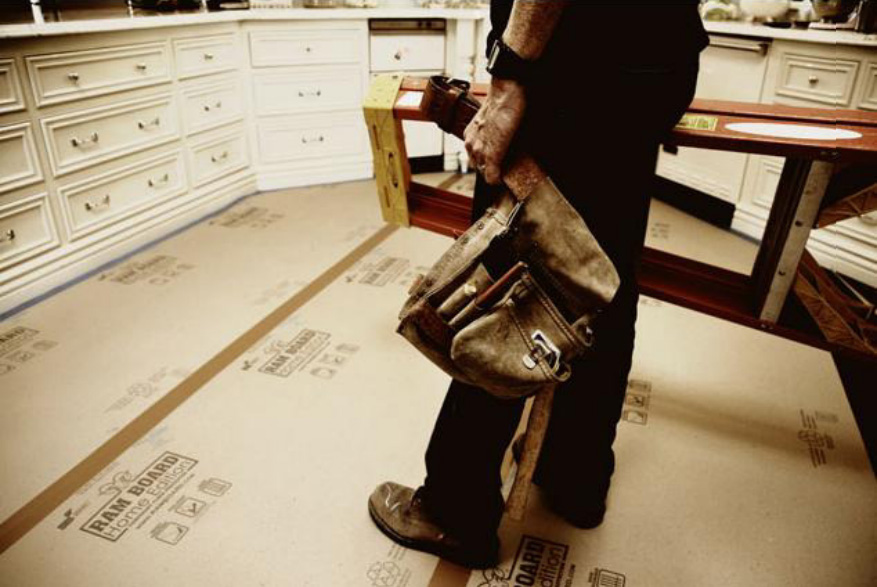 What Makes Us Different

Well it’s not what you’d expect us to say…What truly makes us different is that, at the core and simply put, we care.

We respect our clients’ homes and treat their homes in the same way that we would treat our own. This is the basic principle upon which we were founded and that has much to do with Trade Winds’ success over the years. Some of our most important tools are brooms, paper and plastic.

We believe in keeping your job site impeccably clean and as devoid of dust during construction as possible. Each project we finish comes with a “deep clean;” when we turn your home back over to you, it feels brand new and all you need to do is move in and enjoy your new space.

From the very beginning, we felt that it was imperative that we meticulously hand clean every project we complete – not doing so would be much like having to take a brand-new car to get washed after driving it off the lot.

We view the costs that we incur keeping our clients’ homes clean and under control as being part of our advertising and marketing budget. Nearly 100% of our business comes from referrals and word of mouth and we’ve found that there is no better marketing campaign than taking care of people’s homes and treating them with the utmost respect. 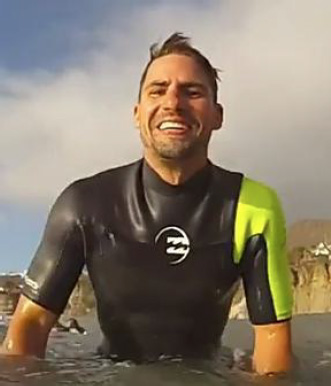 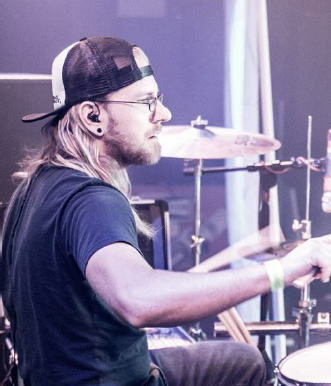 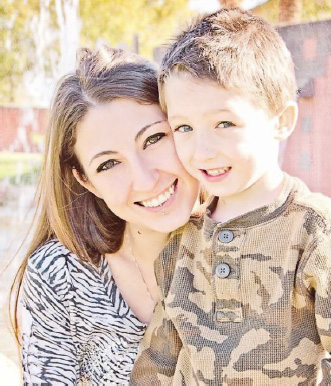 Scroll down to learn more about our team members

Peter Karpuk, the owner and founder of Trade Winds Construction and Fulcrum Investments, was born and raised in Arizona with his roots deeply embedded in Phoenician soil. After graduating with honors from Brophy Prep and receiving a Lifetime Pass for his achievements, he went on to earn his B.A. in Political Science from ASU’s Barret Honors College – Magna Cum Laude. Rather than propelling him towards his lifelong goal of a being an attorney, four years of Political Science and a summer in Washington DC only served to highlight his desire to express his creative side and own his own business.

Construction seemed to perfectly blend the entrepreneurial spirit, creative design sense, and attention detail that has catapulted Trade Winds to success. Shortly after Trade Winds was born, and in early 2008, he built his first house from the ground up and the rest is history. Since then, he has hung up his tool belt, focusing more on design, client relations, management and the growth of his team and business.

Peter has a passion for building things and leaving them better than he found them…Some would say that “he’s OCD,” but, to him, there’s no greater compliment; he won’t even mail an envelope without ensuring that the stamp is squarely placed – it’s this attention to detail that’s responsible for his continued success in the industry.

When he’s not building and remodeling homes across the Valley, you’ll find him surfing, mountain biking, at the gym, playing tennis, or traveling the world, leaving no stone unturned. He’s a firm believer in the fact that “there are two types of people in this world, the ones that want things to happen and the ones that make things happen;” it’s this motto that has shaped him and continues to propel him forward.

Peter Czapiga aka “Peter C” is Trade Winds’ eyes and ears – he’s practically omnipresent! If it’s happening on one of our job sites, then it’s safe to say that Peter C knows about it. He started his career as a talented electrician and became a part of the Trade Winds team working nights after his day job as he moved towards his goal of entering the general contracting world. His background as an electrician provided a solid foundation and, over the years, he has built upon on that knowledge to become a seasoned project manager and on-site superintendent.

His practice of tirelessly researching and learning about the various trades as situations presented themselves served him well and mirrored that of Peter K’s. Almost immediately, Peter C knew that he had found his long-lost brother in Peter K and the feeling was mutual; it wasn’t long before he was driving the bus at Trade Winds. His no-nonsense and “get it done” attitude ensures that our jobs are completed in a timely manner and – most importantly – are well done. His calm, even-keeled nature allows him to effortlessly deal with all the stresses that are commonplace in our industry – including those of our homeowners as they navigate the uncharted world of residential remodeling.

There’s no shortage of surprises and problems that arise when building and renovating homes, (especially when dealing with older home) but Peter C cruises through problems, shifts on the fly and comes up with creative and implementable solutions to even the most complex of issues. He’s much more than a manager at Trade Winds; he’s the primary point of contact on all job sites and works hand in hand with all Trade Winds’ clients, subcontractors, and city inspectors.

Coincidentally, even the city inspectors love the guy and have even been known to hand Peter C green tags before they even set foot on the job site! When he’s not managing projects and solving problems, you can find Peter C destroying the drums in his band “Frequis.” In short, Peter C is an extremely talented individual and an invaluable asset to Trade Winds!

Sara B is the glue that holds our team together. Starting out in the medical industry as a nurse, she is well-versed in the art of methodical documentation and has an uncanny ability acclimate quickly to an ever-changing environment. The skills she brought from her previous career have enabled her to become a pivotal member of our team. Sara keeps track of literally EVERYTHING! Not an hour goes by that Peter C or Peter K don’t reach out to her to ask her for their own password to almost everything that requires a password!

She keeps track of and databases client decisions as well as systematically organizes all the information using web-based folders that our team and clients can access from anywhere and at any time. She is also in charge of materials procurement, tracking all scope & specification changes, managing our schedules and keeping the books in order. Sara has a “consider it done” mentality and she’s not afraid to roll her sleeves up and get into the trenches with the boys.

Sara is also a loving mother and one of the hardest working people we know. When she’s not reminding Peter K & Peter C of their passwords and keeping our jobs on track, you can find Sara getting her Savasana on in yoga, shooting guns, and spending quality time with her “little man.” Sara’s like family to us and we are proud to have her on our team.

Carlos aka “Salinas” is just about the nicest guy you’ll ever meet; you’ll never find him without a smile on his face and he’s the bright light on all our projects. Salinas is everywhere that we ever need him to be and he’s one of those people that makes you wonder whether there are in fact “more hours in the day” for some than for others. Salinas has been with us since Trade Winds drove its first nail and he’ll be around when it sinks its last.

We were all wet behind the ears when we met and, since then, we’ve become experts at what we do; we grew together then and we continue to grow together now. Every time we go into the finishing phases of the job, you’ll find Salinas painstakingly making sure that everything is perfect; some of the most important tools in his arsenal are a level and a square – tools that many in this industry don’t use nearly as much as they should.

It’s rare to find people who care as much as he does. Salinas doesn’t just want to do things, he wants to do things he can be proud of and that’s what makes him such a good fit for Trade Winds. Salinas excels in almost every facet of construction including but not limited to framing, plumbing, electrical, trim carpentry and drywall.

He started out as a framer building homes across the Valley and has since become proficient in almost all trades. We rely heavily on his attention to detail, work ethic, charismatic personality and loyalty and we are happy to have him on our team. When he’s not being a perfectionist, you’ll find Salinas playing soccer, traveling with his family, being an amazing husband and father to three miniature Salinas’s.